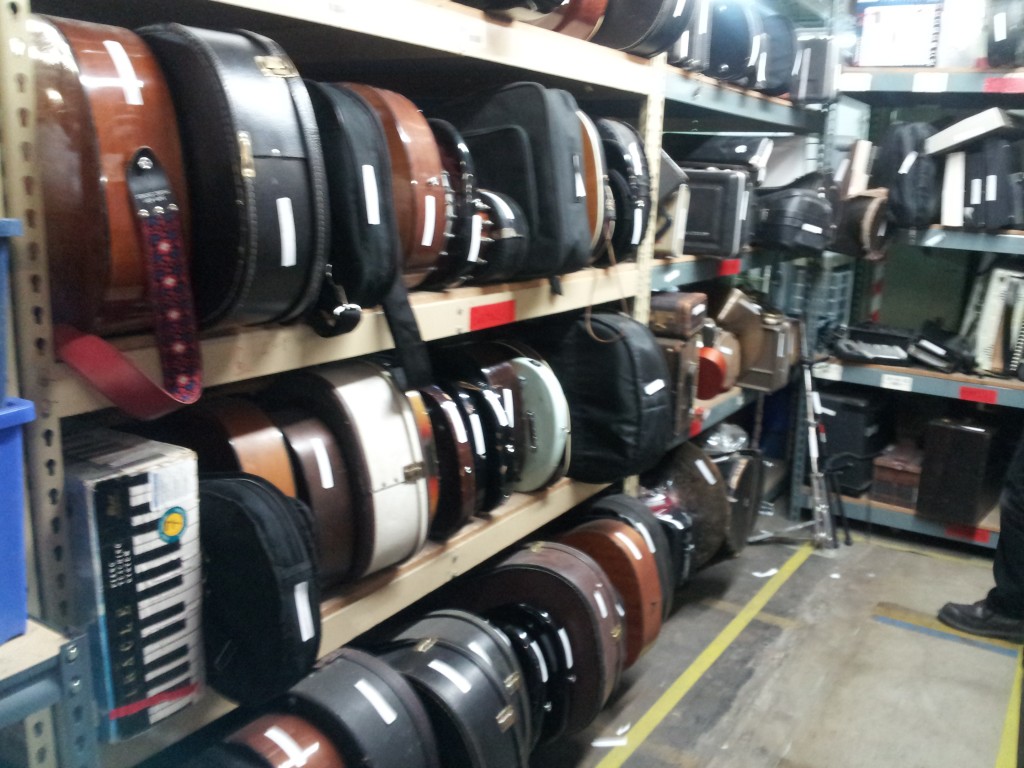 These cases are NOT empty.

I have, on two occasions, won an eBay auction hosted by the Seattle Goodwill, and driven in  to pick up my item to save some cash on shipping. The first time, when I won a PG-300 synth controller, I left my camera/phone in the car. The second time, I wasn’t so stupid. I took the below shots when I went in to grab a Yamaha 4-track cassette player I won. (It works great, BTW.) 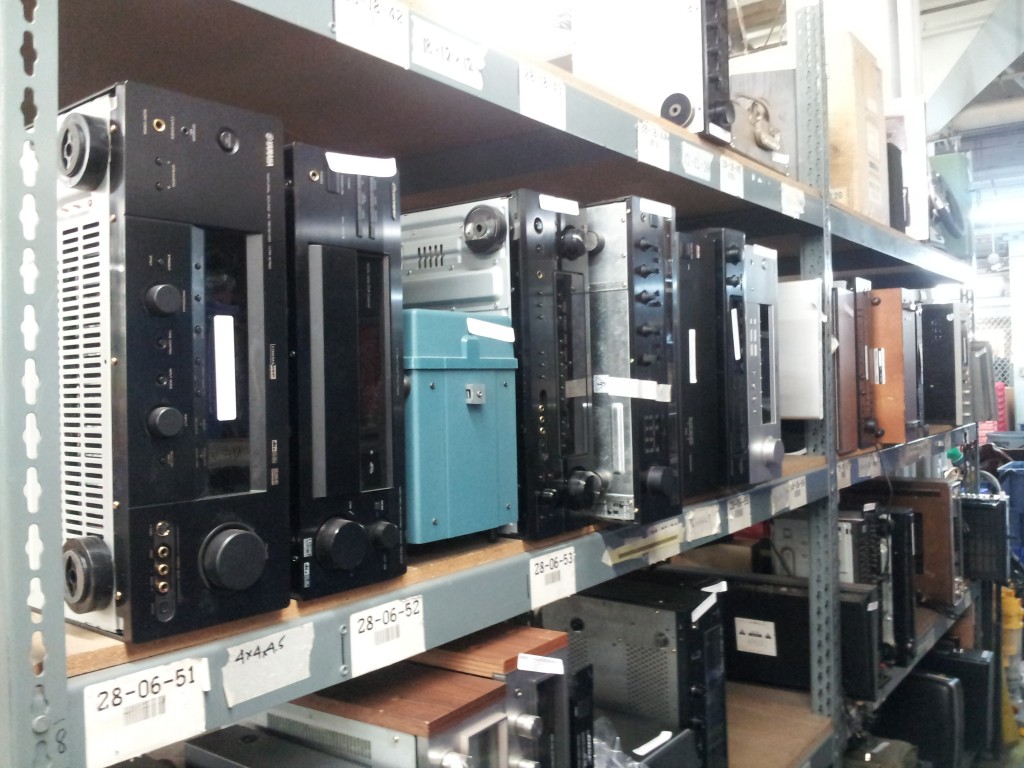 Now, most of this stuff commands prices that are worth the time for Goodwill to put in an online auction, so you won’t see this stuff on the floor if you walk-in. It’s in the back, behind the job training center. 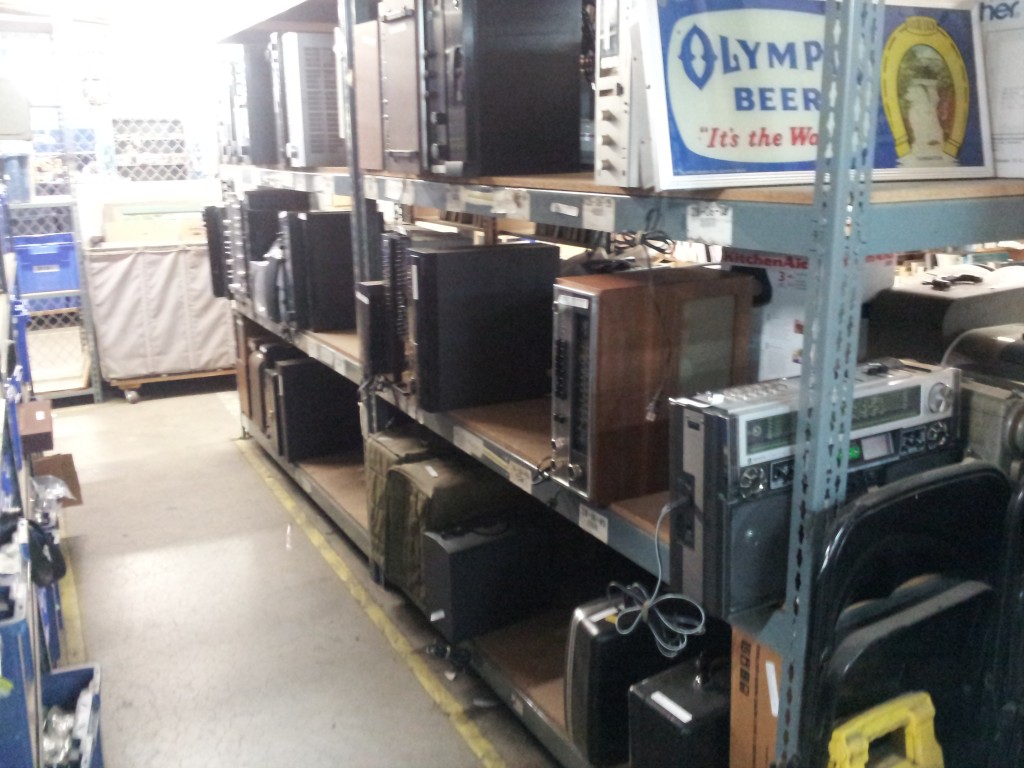 One then comes face-to-face with the frustrating realization that all this awesome/junky stuff was given away for free (ok, maybe for a tax credit) by people who aren’t likely into music and have no idea what it’s worth.

And I get it. “Did you know your uncle Louis used to play the electric piano before he died? It seems like a waste, but we gave all that old stuff to the Salvation Army. Nobody wants a dusty old keyboard. I mean, it was from the seventies… He had like five of them, and they all went on the truck.”

…and thus, a Roland Jupiter 8 winds up on these shelves. I’ve seen it.

Sure, there’s a lot of crappy Peavey practice amps back there, and wore-out behringer mixers, and a dozen Radio Shack and off-brand 2-channel DJ Mixers… but there’s also some cool quadraphonic hi-fi stuff, some Mackie mixers, studio monitors, you name it. And boo-koo cheap guitars. 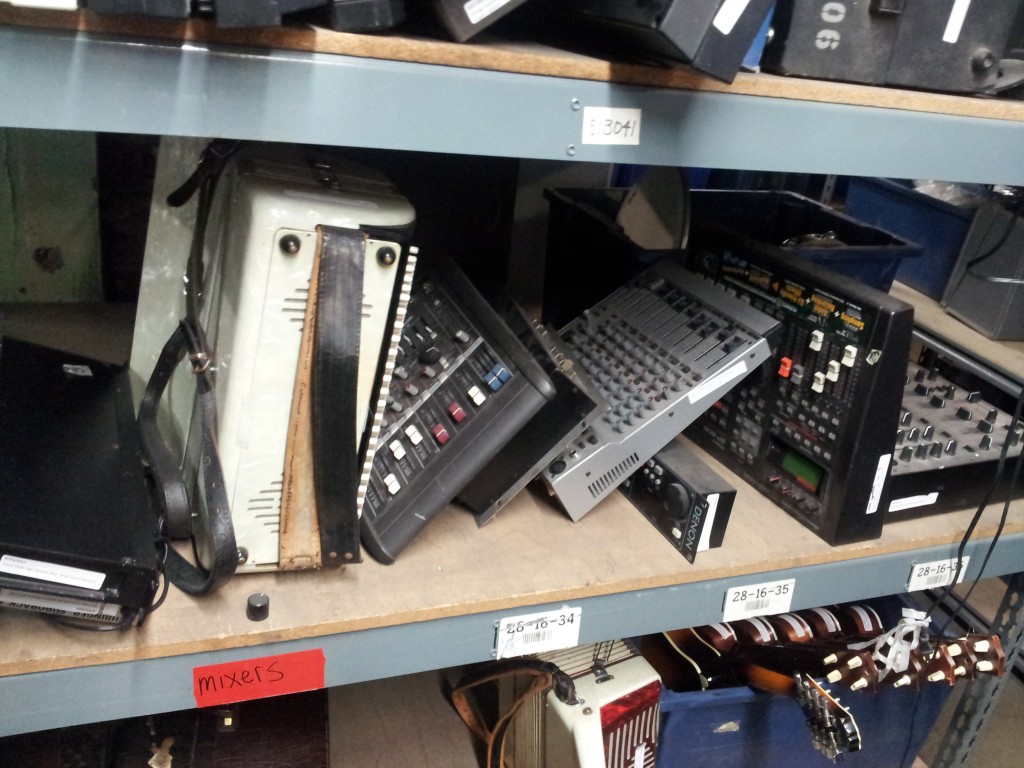 There are enough instruments at Seattle Goodwill to warrant category labels on the shelves.

All the dudes who work back there are super nice, too. I asked if they get first dibs and the response was a blue “no, never,” delivered with a gaze at the floor and a wistful shake-of-the-head.

Here’s Seattle Goodwill’s eBay page for Musical Instruments for you to cry at.