This photo brought to my attention by Brad, who stumbled onto this photo of me on Flickr, which he understandably misunderstood to be a “fake band photo.” 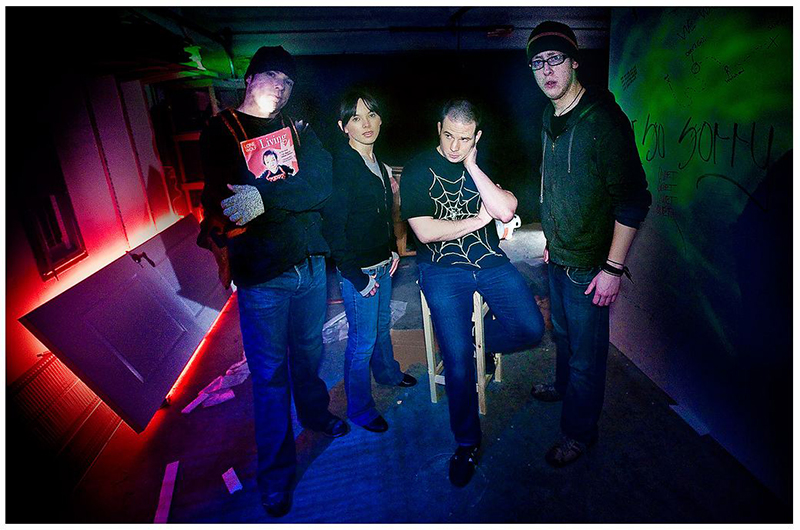 This is actually the cast of “The Nightmare,” a commercial I appeared in for Norton AntiVirus Gaming Edition with my friend Shain, produced by the talented masterminds at Bellingham’s ToolHouse. (Wow! It’s featured on their frontpage!) It follows, and is a parody of Valve Software’s Left 4 Dead, which I’m a fan of, so I was stoked to be part of the project.

I had all but forgotten about this. I really liked the work and the people involved, but didn’t get a call back for a second commercial. Probably should have rehearsed my lines a little better. 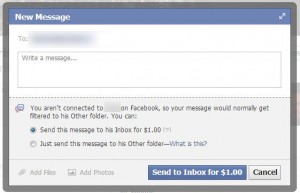 I got this prompt from Facebook today when trying to DM a contest winner for PreSonus on Facebook. The winner and I are not friends on Facebook, which means a message would generally go to their “Other” box, where messages are often overlooked.

It costs a buck to prioritize your message so that it goes to the regular in-box. Interesting.

What are your thoughts on this? I’m not sure if I like it or not. I mean, no one ever checks their FB “Other” Box. Did you know you even had one?)

They’re coming to get you, Barbara.

Heck yes! I just got my super-rare sold-out Blu-Ray copy of Night of the Living Dead! This is the 1990 version directed by Tom Savini. I won this from a giveaway over at Cinema Lowdown, and I recommend you check them out because they make dreams come true.

This release is somewhat controversial, for a couple reasons. First, the color timing is dramatically altered from the original release. Secondly, Twilight Time only made 3,000 of them!

For more info regarding these controversies, check out Cinema Lowdown’s interview with the Director of Photography from the film, Frank Prinzi ASC.

Very stoked to have this one all the same, I’ve always liked this movie. Ebay prices are already up to and over $100…