Back in my 1-year stint at New Age Retailer magazine, I got to do a layout now and again. This is one of them, a radical departure from my regular rock band/music industry stuff. 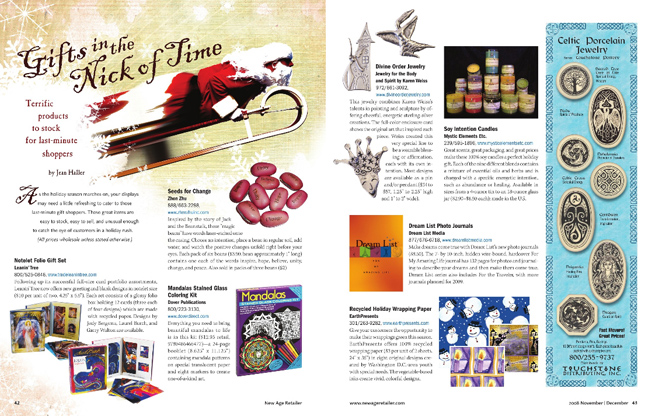 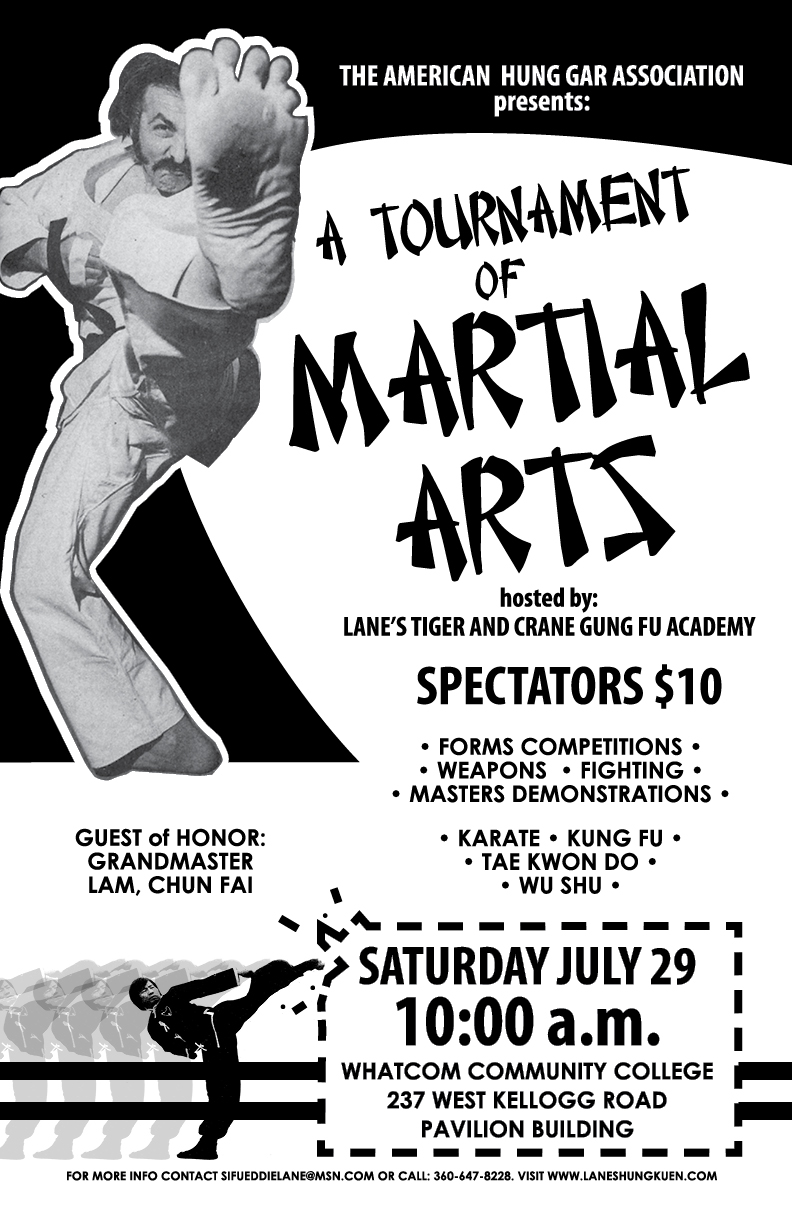 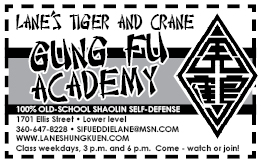 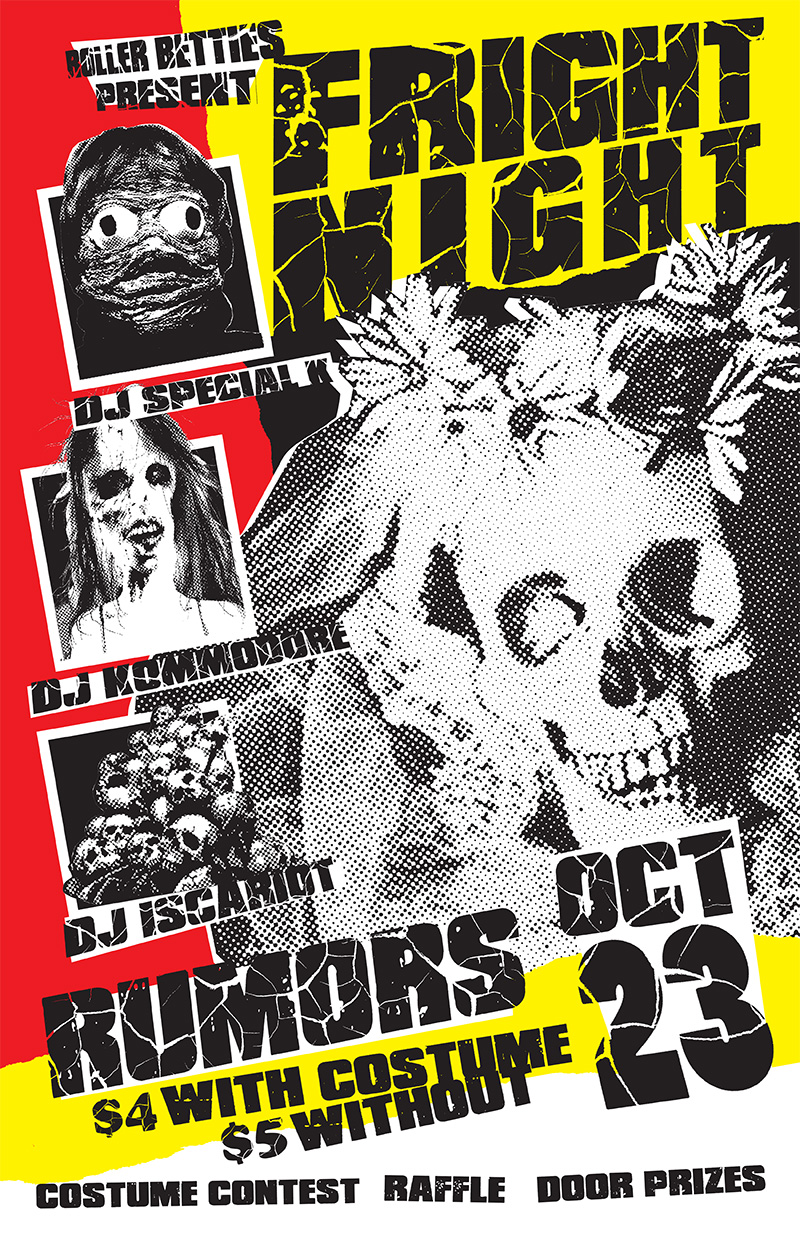 Client supplied the unnerving photo, and I went whacko with the “Stroke” command in Photoshop. Type was done with a real-deal typewriter and scanned in. 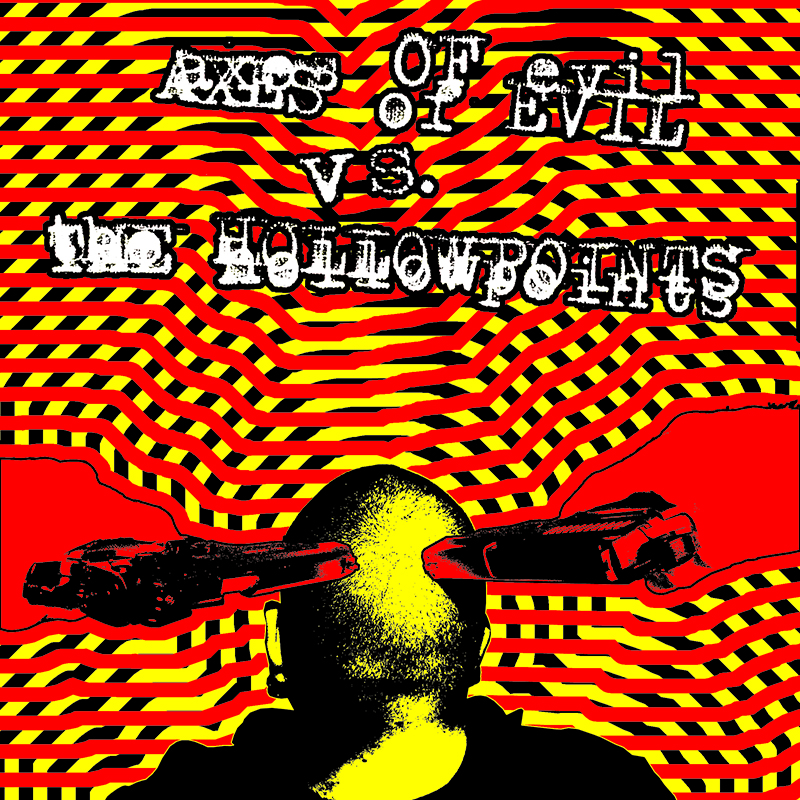 I did a few of these f0r the Bellingham Roller Betties back in the day, but I don’t even remember doing this one. But I must have, it was on my hard drive. Looks like some of the usual suspects. I think the gal doing the punching was a stock photo of a female boxer that I found, with the eyes of a black metal musician and the mouth of The Joker, but turned upside down to look completely horrible. 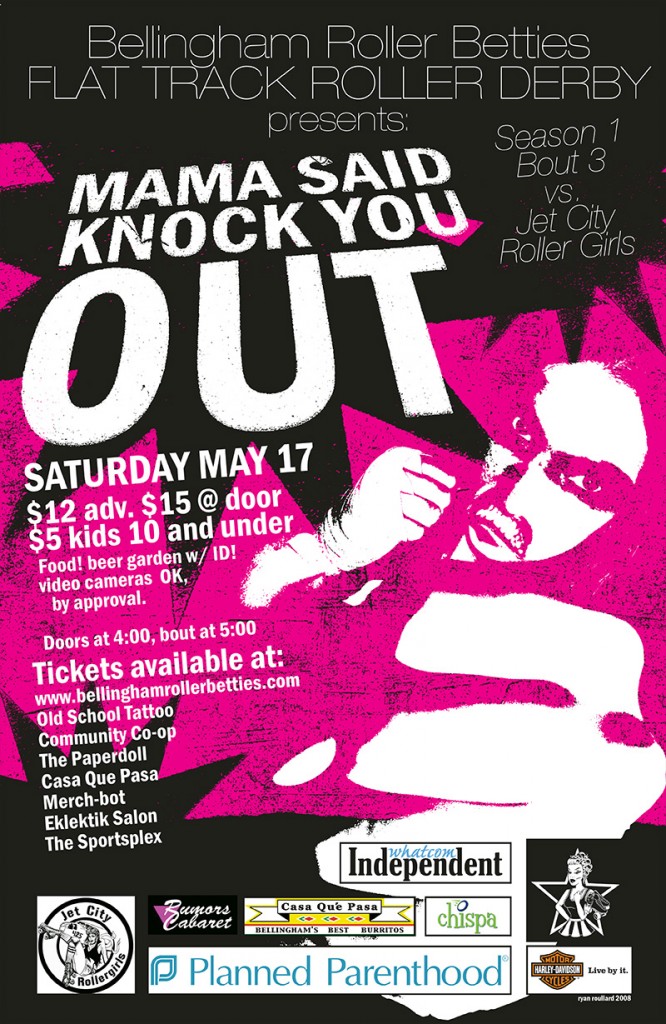 A style imitation; aka going a little far for a Facebook joke. 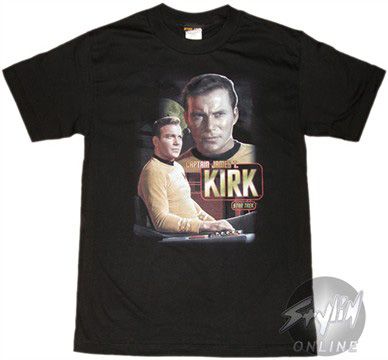 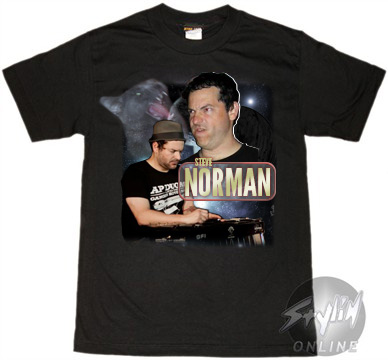 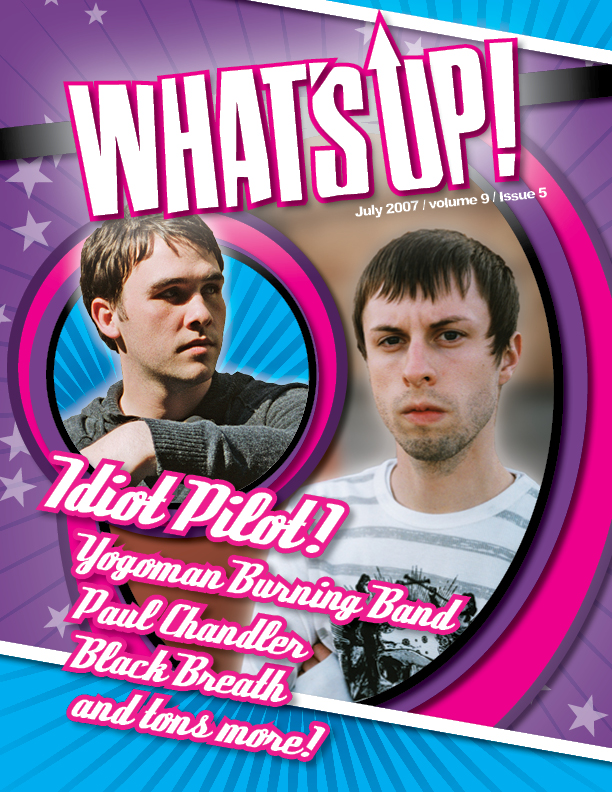 This may have been my most ambitious poster. Main image is a scan from a book I had as a kid on monster makeup, type is all press type arranged by hand and scanned in. It was then arranged in InDesign, printed to transparency separations at Kinko’s, two screens were burned from the transparencies by Michelle, and final poster was silkscreened by hand in my Bellingham apartment. 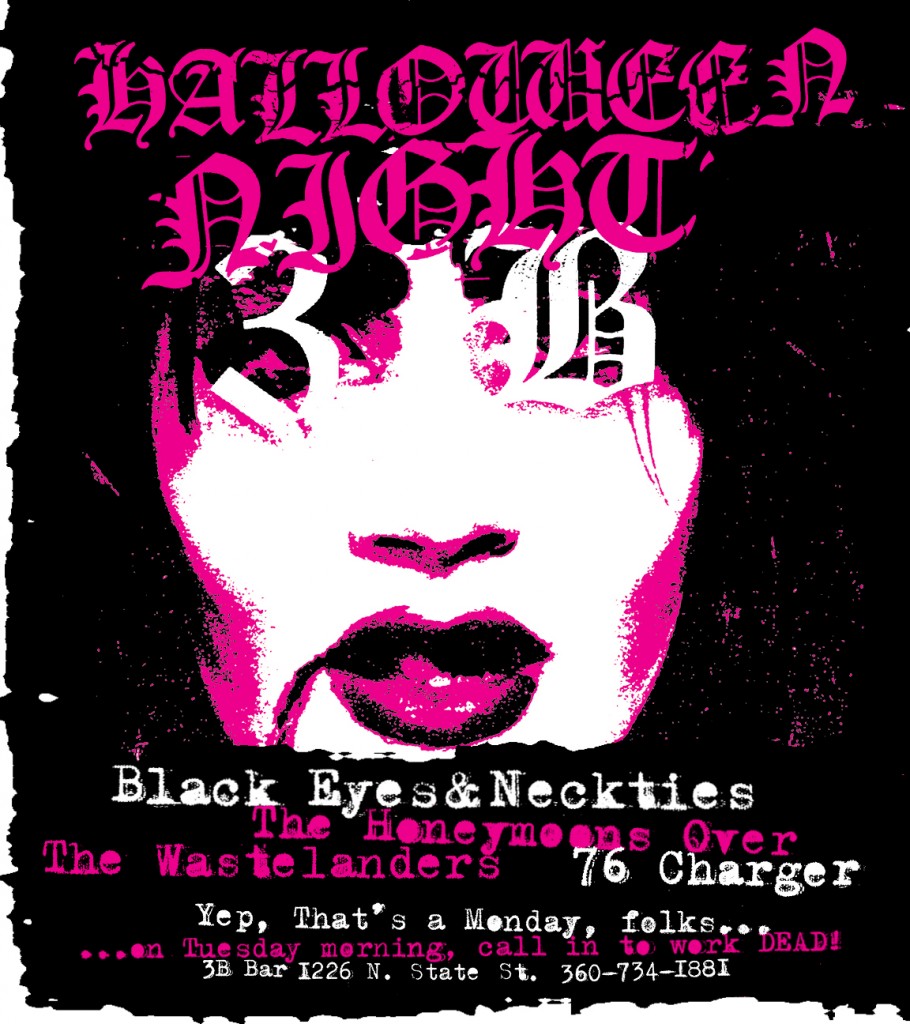