So, at some point on my recent trip to Baton Rouge, I Googled “Sensory Deprivation Seattle” on a whim. I’m not sure what conversation prompted it, but I was surprised to find not-one-but-two different sensory deprivation facilities within 20 minutes of my home.
Wikipedia can better explain to you what sensory deprivation is, but in short, the gist is that it’s isolation pod-assisted quiet alone time in a soundless, dark environment. The practice has been around since the 50s in some form or another.

Theory is that when the brain is starved for input, it starts to create its own. Spending some time in a very dark, quiet, comfortable place is said to be good for what ails ya. Some folks report enhanced mental clarity, creativity, and a propensity for more/better sleep after experiencing some time in SD. Other claims include reduced blood pressure, increased theta brainwave activity akin to a waking dream, and visual hallucinations. After a breakneck eight-day trip to Baton Rouge that included a busy user conference, all of these things were appealing to me. To get into this altered state, one may hop into a specially-built isolation tank/pod, close the lid, and chill out for a while in total isolation. The pods at Urban Float look to have been the result of an industrial design collaboration between Porsche, American Standard, and Apple. The pod is dark, floaters are to wear earplugs, and most interestingly, the tank is filled with six inches of water heated to 98.6 degrees, and is extremely saturated with Epsom salts. The salty water keeps one extremely buoyant. It required no effort, when laying on my back in the water, to keep my nose and mouth above water. Don’t get it in your eye!

I have a naturally noisy brain that I cannot shut off. At this point I would settle for even a dimmer switch or noise gate. At any time during the day, I will simultaneously have ideas floating around, worries, imagined conversations with friends, and music playing—generally with drums, a bass part, and two simultaneous, often-harmonized melodies playing at any given time. It’s a blessing and a curse; it’s why I have both a knack for music but also a hard time getting any goddamn sleep. A chance to quiet the noisybrain was one of the reasons that this experience was appealing to me in the first place—though, paradoxically, I don’t have a great history of being trapped alone with my thoughts. But what the hell, it’s just an hour.

Sensory deprivation don’t come cheap, but Urban Float offers a $45 “first timer” float rate, so I booked myself an appointment. Regular 1-hour sessions are usually $90 damn dollars, with reduced rates available through memberships and package plans. One could argue that mental clarity is priceless, but being raised by depression-era parents, I balked a little at the thought of this becoming a regular thing. But I’m happy to pay $45 to sate my curiosity and give a float a spin.

Urban Float is the sort of place that values kindness, quiet, and tea, and is located right in the heart of Fremont. They sport a decor and ambiance that echoes the cozy/tranquil vibe one might associate with an upscale yoga studio, massage facility, or any other place that encourages attendees to engage in a particularly focused manner of breathing. 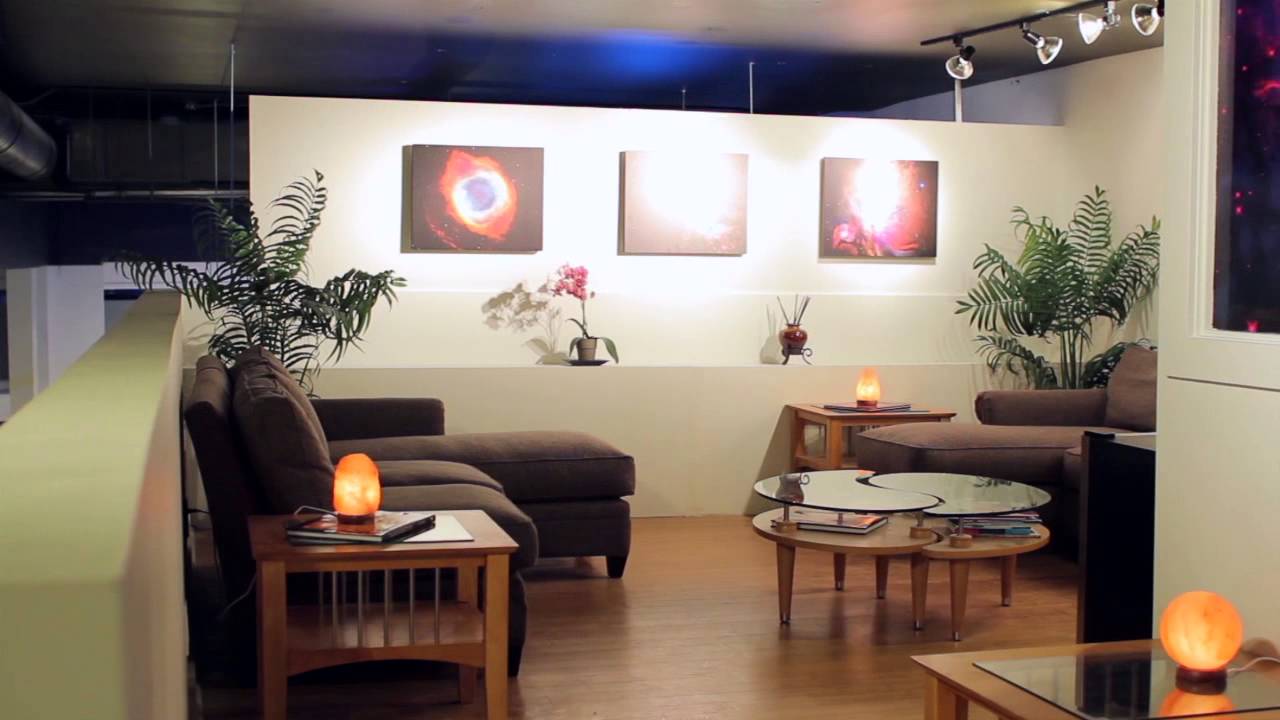 Have a seat, we’ll be with you in a couple minutes.

I showed up for my appointment and checked in, and was presented with a smile and an iPad that featured a brief and surprisingly hilarious animated video regarding what to expect for a first-time float. It included such gags as “Please exit the tank when the light comes on to let you know the water filter has been activated, or else YOU’LL BE SUCKED INTO THE FILTER! Just kidding.”

After signing liability paperwork, I was taken to the float chamber, a tile room that contained a couple towels, a shower, and a great big float pod—bigger than I expected. Imagine a Volkswagen Bug that had been somewhat squashed by the Fremont Troll and you can begin to get the idea. With my $45/hour clock ticking, I put in my earplugs, showered, got in the pod, muttered “here we go,” and closed the lid.

A blue light in the pod shut off as soon as the tank latched. Darkness in the tank is not absolute—a little light crept in through the lid’s seams, but not enough to notice with my eyes closed. With no vision or hearing, the first thing I noticed was a greatly increased sense of touch. Occasional gentle bumps into the side of the tank would really make me jump. The second thing I noticed was “goddamn it, I got salt water in my eye.”

My eye fixed itself rapidly, I became relaxed and comfortable very quickly, and stayed that way for the duration of the float, and for the remainder of the day afterward. Over time, I found a tingling sensation in my feet and hands that eventually spread to my arms and legs. This gradually intensified, and shifted from a tingling sensation to a sort of heat. I also became really aware of how empty my stomach was. I had been advised not to over-eat or ingest caffeine before the float, and since I had done plenty of eating in Baton Rouge, I had been on a bit of a fast for a few days prior anyhow. Through the duration of the float, my tinnitus acquired from years of musicianship became quite pronounced, and a little saddening. While the passage of time was completely impossible to discern in these conditions, I would say it was about at 1/3 mark that I began to see things with my eyes closed.

I have only seen the northern lights once, back in Bellingham. I would compare my sensory deprivation light show (AKA The Prisoner’s Cinema) to this, though less ribbon-like in shape and texture and more orb-like. It was very different than the CEVs I’ve experienced when trying to sleep; in fact, the color was so vivid at first that I opened my eyes, as I thought actual light was coming into the tank from someone having opened the door in the hallway. Not the case.

Orb-like shapes of purple and green would quickly fade into being from out of the dark, wobble around, and then smear off to the left or right leaving a comet-like trail. Spooky at first, but very obviously harmless. Sadly, the light show didn’t last long. Perhaps getting excited about it took me out of whatever relaxed state was required to get there in the first place. Attempts to return to this mental state failed.

During the latter half of the float, despite my best efforts to focus on a clear mind, I had nothing in my head but music. True to the claims of enhanced creativity, it was new music, not some godawful pop-country song like what usually gets stuck in my head—and the melody was still playing in my head when I returned home from the float and continued for several hours. The music was clearly that of two Telecasters being played through Roland Space Echoes, panned hard left and right—one Space Echo set to quarter notes and the other to dotted eighths, probably at around 90BPM. No bass or drums, and there were distinct verse and chorus passages. I still know the song, and I should record it. If that happens, I’ll post it here.

After an hour that really didn’t feel like an hour, the actual, non-hallucinatory blue light in the tank activated rather abruptly, followed by the whirr of the water filter. I pictured the video of the poor floater getting sucked into the filter, got out of the tank with a chuckle, and showered again. Epsom salt is tenacious. I also had a tenacious earplug that I had to dry with a hair dryer to remove.

No two ways around it, I left Urban Float feeling like a million bucks, and went home to complete my work day with great momentum. While I slept great the night after the float, the following day I was really quite exhausted. I don’t know if this is directly related to the float or not.

Overall: 8.5/10; would do again—but ninety bucks is pushin’ it. I am going to try Greenlake’s “Float Seattle” next, who also have a lower intro rate.

Interesting to note is that while Urban Float was a top search result for “Sensory Deprivation Seattle” via Google, nowhere in their literature is the practice referred to as “Sensory Deprivation,” which does sound admittedly kinda WTF. It is instead only addressed as “floating.”

I just rented this and will watch it. Tonight. If you’ve experience with sensory deprivation, kindly share your thoughts in the comments.

One thought on “Sensory Deprivation in Seattle”