When I think of the brands and businesses that I have been a patron of for life, I come up with a short list. Actually, it probably doesn’t count as a list if it’s got only one item, right? As you’ve already surmised from the title of this post, it’s American Science and Surplus that I’m thinking of, and I just realized that this whole paragraph is pretty redundant.

I was probably four or five years old when I first learned of this company. My dad used to get me goofy knick-knacks, toys, and—most particularly—fun, educational toy-like stuff with a scientific bent from AS&S. And when my 36th birthday comes up in July, he probably will do it again.

Check in to their website often, as they offer an ever-changing world of stuff that covers everything from weird-ass white-elephant “Who the hell would want this?” type-stuff to some really practical and inexpensive things, and robot partz and medical training supplies and fiber optics. They also boast a significant inventory of military surplus, and as the name implies, beakers and Erlenmeyer flasks aplenty.

I re-discovered American Science and Surplus in the last couple years, and have dropped a couple hundred bucks on their wacky stuff over ever since, including but not limited to the following: 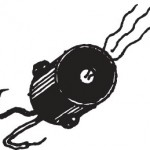 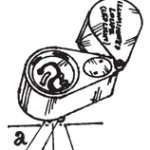 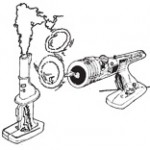 These suitably quirky pen-and-ink illustrations of their product are exactly the same as I remember them from 1984, and have been done by the same illustrator, Alan Moss, since who knows when. At least since I was a wee lad.

And speaking of who knows when, these guys have been offering weird, wonderful stuff since 1937, and the postwar boom of military surplus did a lot to launch the company into the medium-time. I could go on and on, but I’m getting tired, and copy/paste is easy. From their website:

American Science & Surplus continues to offer a unique mix of industrial, military and educational items, with an emphasis on science and education. We supply a wide range of unusual and hard to find items (some say bizarre stuff) to the hobbiest, tinkerer, artist, experimenter, home educator, do-it-yourselfer, and bargain hunter.

Customers have used American Science and Surplus items in home made cars, sculptures, precision instruments, home made telescopes,costumes, model railroads, window dressings, holiday decorations, and innumerable science projects. Our items are great gifts, inexpensive supplies, and an endless reason for a giggle or a “Gee whiz!” We try to be scrupulously honest in presenting whatever we know about what we have, and always take it back, no questions asked, if the customer isn’t satisfied with it.

That last line—emphasis added—is completely true, by the way, and was the impetus for this post. The laser pointer I ordered had a broken switch upon opening, but, as a busy guy, I didn’t power it up to test it until I had owned it for over a month. While their return policy states that they will accept returns up to 30 days after purchase, I hit them up for a return anyway. And here’s the exchange: 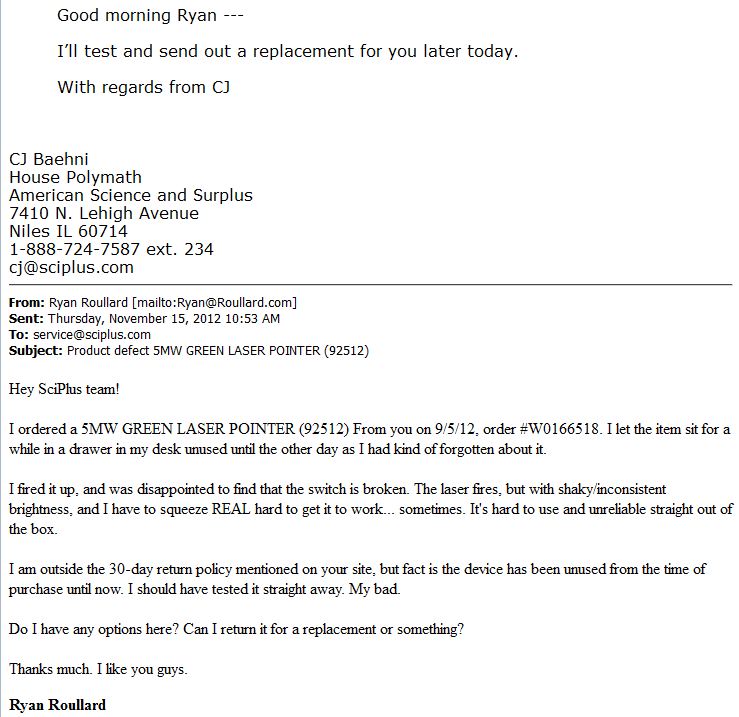 So, CJ pretty much rules.

My request for a return was not addressed, as they instead decided to just ship me a new pointer no questions asked, and didn’t even suggest returning the old one. Furthermore, they shipped it quickly, and the packing slip included this: 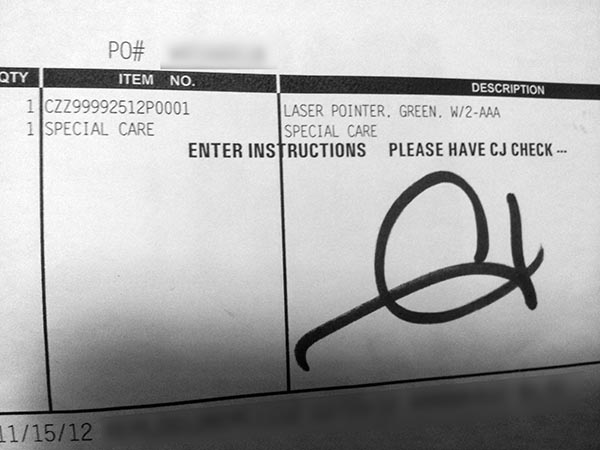 They actually tested the damn thing before sending it. And shipped it FAST. And sure enough, the second one totally works great, and I can put my green laser dot on a treetop a couple miles from my back porch with it—until I chicken out and go inside before I get arrested.

Also, I once forgot to add something to my online shopping cart, so I had to place a second order. And unlike Amazon, I was able to combine the two orders into one so I didn’t have to pay to ship two separate packages.

So, while people often put Zappos at the top of the world of customer service, I’d like to cast a vote for American Science and Surplus as a contender to that throne, because there’s something to be said for having offered customer service of this level since nineteen god damn thirty seven.

Not that I was around then. But clearly these guys are doing a lot of things right.
Strongly recommended.