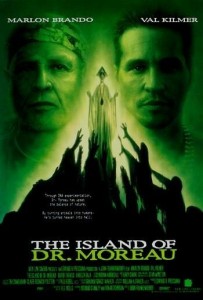 Saw it in the theatre.

…or “The Irony’s not Between the Cushions of the La-Z-Boy.”

Sound the klaxon; one of my least-favorite pop-culture refrains follows. It comes in a few different varieties, and often in an inconvenient combo-pack. Generally speaking it warbles into “conversation” during the 0:20 mark of a trailer of some movie that’s getting re-made.

So, imagine: You can’t figure out how to skip the previews during the groan-inducing opening ceremonies of a DVD or Blu-Ray, and a trailer for a remake pops up. Someone in the room will mention The Remake Issue.

Or, in the unlikely occasion that you left the house, you may have heard any one of the following mumbled from a darkened voice in a hushed theater:

“Man, Hollywood is really out of ideas.”
“They’re remaking THAT? The original wasn’t even good to begin with.”
“That’s a movie that just didn’t need to be re-made.”
“Oh, great. Hollywood’s going to butcher another classic.”

Sound familiar? Chances are if you’ve ever been in front of a screen and seen it advertise something going on at a different screen, you’ve heard riffs on the above. But have you ever considered what a garbage attitude it is? Let’s dissect.

1. “Man, Hollywood is really out of ideas.”
As a writer, the efficiency of the English language astounds me. See here how a sentence with eight words can have a sprocketillion things wrong with it?
First of all, “Hollywood,” in the cinematic, non-geographic sense, isn’t even tangible, let alone something that can be held accountable for alleged artistic butchery. The term is a loose title tag used to describe rival movie studios that don’t have all that much to do with each other, really.

Furthermore, Hollywood movies exist to make money. As such, it behooves their business model to bank on successful formulas—which explains a lot when you look at how many remakes are re-toolings of 70’s horror films, themselves an inexpensive genre with broad profit margins. Check it out, it’s more common than you might think—and barring fictional slasher victims, it’s not hurting anybody.

Lots, and this is not a problem.

2. “They’re remaking THAT? The original wasn’t even good to begin with.”

If the original wasn’t very good to begin with, than this is an opportunity to make a better version of the movie, or in the event of an adaptation, a better movie that is closer to the original content creator’s artistic vision. So let them go for it! Geezus, be supportive. From the comfort of your couch, even.

This one is usually burbled between a paw full of popcorn from the left hand and a chug of lite beer from the right. OK, Jimbo, let’s talk about need.

Chances are the first movie didn’t need to get made any more than any other movie did. Other movies could have been made instead. Or everyone could have just quit the movie and gone home. Whatever, the world keeps turning.

This all begs the question “What constitutes artistic need in film?” And guess what, if there’s ever an international consortium brought together to settle the matter once and for all, I somehow doubt Jimbo and his Bud Light will be invited.

I’ll get this out of the way quick: 0:20 of trailer content advertising a film is not enough to form an opinion with which to alledge “butchery.”

Most importantly, remakes do not “butcher” the original piece. Throughout the re-make’s entire life cycle: writing, production, theatrical release, Blu-ray, digital download, and after-hours cable, the original remains still very much intact. It can still be viewed, and often should be.

Furthermore, these remakes, if forgettable in the long haul, oft serve as a path for filmgoers to seek out and view the original. Depending on who owns the film’s rights, renewed interest in the orginal piece can result in significant increases in royalty payments to the original content creators. This is a good thing. 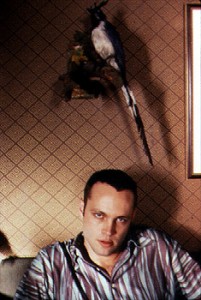 Next: remakes don’t tend to endure in the popular conscious. Remember 1998’s “Psycho” re-make? If your answer is along the lines of “Oh, kinda, but I guess I’d forgotten,” well, than your brain just proved my point. Today, when people talk about Psycho, it’s consistently assumed that the conversation is regarding the 1960 Hitchcock version.

Google backs me up on this. Yeah, yeah, I know Google search results are unique to the surfer these days, but I bet this will hold up for anyone else. Check out the image below: I zoomed WAAAAAAY out in Chrome and performed a Google image search for “Psycho.” Here are around 180+ images associated with “Psycho,” as returned by Google.

And where is Vince Vaughn? Nowhere. Click the below to enlarge. 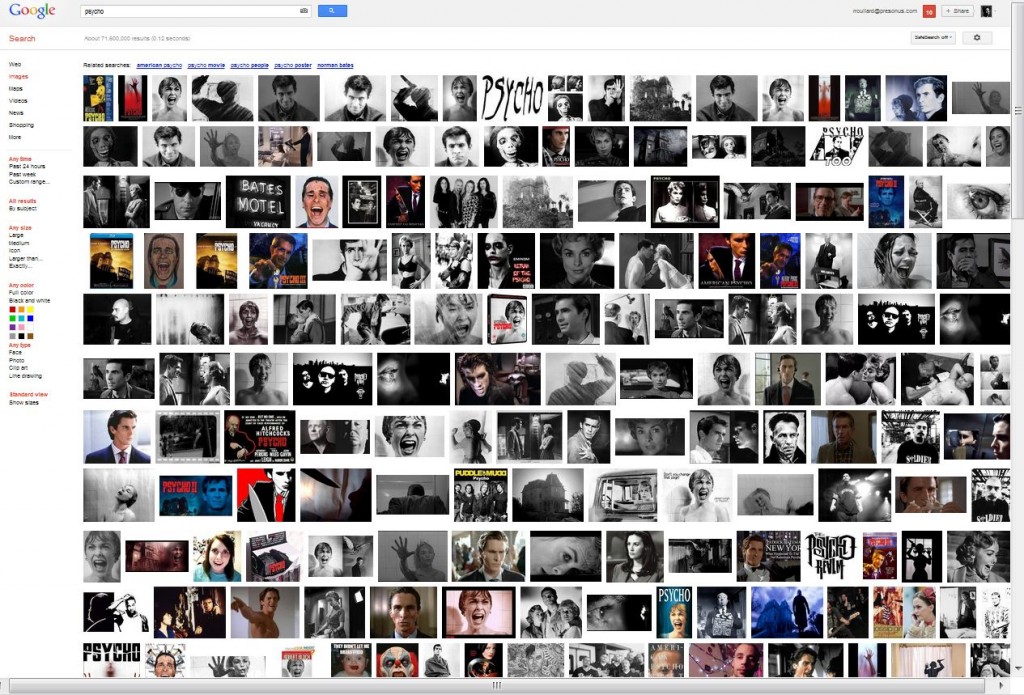 Click to enlarge and still not find Vince Vaughn.

So: You’re supposed to be quiet in the theatre anyhow, so quit whining. Even if remakes can-and-often-are bad films, they are not bad for film. Next time you see a trailer for a remake and it irks your bum, find solace in the following.

Highlight the text to read the SPOILER ALERT: YOU DON’T HAVE TO WATCH IT

4 thoughts on “Metacomplaining: Why Complaining About Hollywood Remakes is Pointless Garbage.”